Just over three months after its last funding round, European fintech giant Klarna is announcing today that it has raised another $639 million at a staggering post-money valuation of $45.6 billion.

Rumors swirled in recent weeks that Klarna had raised more money at a valuation north of $40 billion. But the Swedish buy now, pay later behemoth and upstart bank declined to comment until now.

SoftBank’s Vision Fund 2 led the latest round, which also included participation from existing investors Adit Ventures, Honeycomb Asset Management and WestCap Group. The new valuation represents a 47.3% increase over Klarna’s post-money valuation of $31 billion in early March, when it raised $1 billion, and a 330% increase over its $10.6 billion valuation at the time of its $650 million raise last September. Previous backers include Sequoia Capital, SilverLake, Dragoneer and Ant Group, among others.

In an exclusive interview with TechCrunch, Klarna CEO and founder Sebastian Siemiatkowski said the company has seen explosive growth in the U.S. and plans to use its new capital in part to continue to grow there and globally.

In particular, over the past year, the fintech has seen “massive momentum” in the country, with more than 18 million American consumers now using Klarna, he said. That’s up from 10 million at the end of last year’s third quarter, and up 118% year over year. Klara is now live with 24 of the top 100 U.S. retailers, which it says is “more than any of its competitors.”

March 2021 also represented a record month for global shopping volume with $6.9 billion of purchases made through the Klarna platform.

Meanwhile, in 2020, Klara hit over a billion in revenue. While the company was profitable for its first 14 years of life, it has not been profitable the last two, according to Siemiatkowski, and that’s been by design.

“We’ve scaled up so massively in investments in our growth and technology, but running on a loss is very odd for us,” he told TechCrunch. “We will get back to profitability soon.”

Klarna has entered six new markets this year alone, including New Zealand and France, where it just launched this week. It is planning to expand into a number of new markets this year. The company has about 4,000 employees with several hundred in the U.S. in markets such as New York and Los Angeles. It also has offices in Stockholm, London, Manchester, Berlin, Madrid and Amsterdam.

While Klarna is partnered with over 250,000 retailers around the world (including Macy’s, Ikea, Nike, Saks), its buy now, pay later feature is also available direct to consumers via its shopping app. This means that consumers can use Klarna’s app to pay immediately or later, as well as manage spending and view available balances. They can also do things like initiate refunds, track deliveries and get price-drop notifications.

“Our shopping browser allows users to use Klarna everywhere,” Siemiatkowski said. “No one else is offering that, and are rather limited to integrating with merchants.” 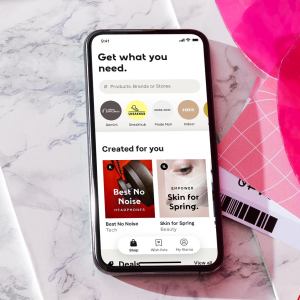 Other things the company plans to do with its new capital is focus on acquisitions, particularly acqui-hires, according to Siemiatkowski. According to Crunchbase, the company has made nine known acquisitions over time — most recently picking up Los Gatos-based content creation services provider Toplooks.ai.

“We’re the market leader in this space and we want to find new partners that want to support us in this,” Siemiatkowski told TechCrunch. “That gives us better prerequisites to be successful going forward. Now we have more cash and money available to invest further in the long term.”

Klarna has long been rumored to be going public via a direct listing. Siemiatkowski said that the company in many ways already acts like a public company in that it offers stock to all its employees, and reports financials — giving the impression that the company is not in a hurry to go the public route.

“We report quarterly to national authorities and are a fully regulated bank so do all the things you expect to see from public companies such as risk control and compliance,” he told TechCrunch. “We’re reaching a point for it to be a natural evolution for the company to IPO. But we’re not preparing to IPO anytime soon.”

At the time of its last funding round, Klarna announced its GiveOne initiative to support planet health. With this round, the company is again giving 1% of the equity raised back to the planet.

Naturally, its investors are bullish on what the company is doing and its market position. Yanni Pipilis, managing partner for SoftBank Investment Advisers, said the company’s growth is “founded on a deep understanding of how the purchasing behaviors of consumers are changing,” an evolution SoftBank believes is only accelerating.

Eric Munson, founder and CIO of Adit Ventures, said his firm believes the “best is yet to come as Klarna multiplies their addressable market through global expansion.”

For Siemiatkowski, what Klarna is trying to achieve is to compete with the $1 trillion-plus credit card industry.

“We really see right now all the signs are there. True competition is coming to this space, this decade,” he said. “This is an opportunity to genuinely disrupt the retail banking space.”