HBCUvc, a non-profit organization that wants to diversify the world of venture by rooting itself in historically Black colleges and universities, nearly shut down last year. Founder Hadiyah Mujhid met with her team, an entirely Black and Latinx staff, and warned them that they only had two months left before she would have to shut down the three-year operation.

One week after that conversation, George Floyd, a 46-year old Black man, was unjustly murdered by police in Minneapolis. His death prompted global Black Lives Matter protests and a nationwide reckoning with racism. In tech, it led to a rush of venture firms publicly pledging to back more Black founders, trying to make up for a history of inequality in allocation of dollars.

The wave of support resulted in HBCUvc landing its biggest one-day unsolicited donation that it ever saw, $40,000. In the year since, the non-profit was able to double its budget and team, and tripled its impact by launching programs in Baltimore, Alabama, and Chicago

And now, HBCUvc has raised a debut capital arm that will invest non-dilutive capital in Black, Indigenous, and Latinx early-stage entrepreneurs. The $1 million fund was raised from a group of philanthropic investors including the Mark Cuban Foundation, the John D. and Catherine T. MacArthur Foundation and Google for Startups.

“It’s a very weird feeling to know that all of this, and the impetus for all this was because off unjustly murder,” Mujhid says, about one year later. “It sounds cold, but [my advisors] say that sometimes it takes a tragedy to spark a shift in how we think and do things. And so [I’m] recognizing this as an extra opportunity to shift the industry.” 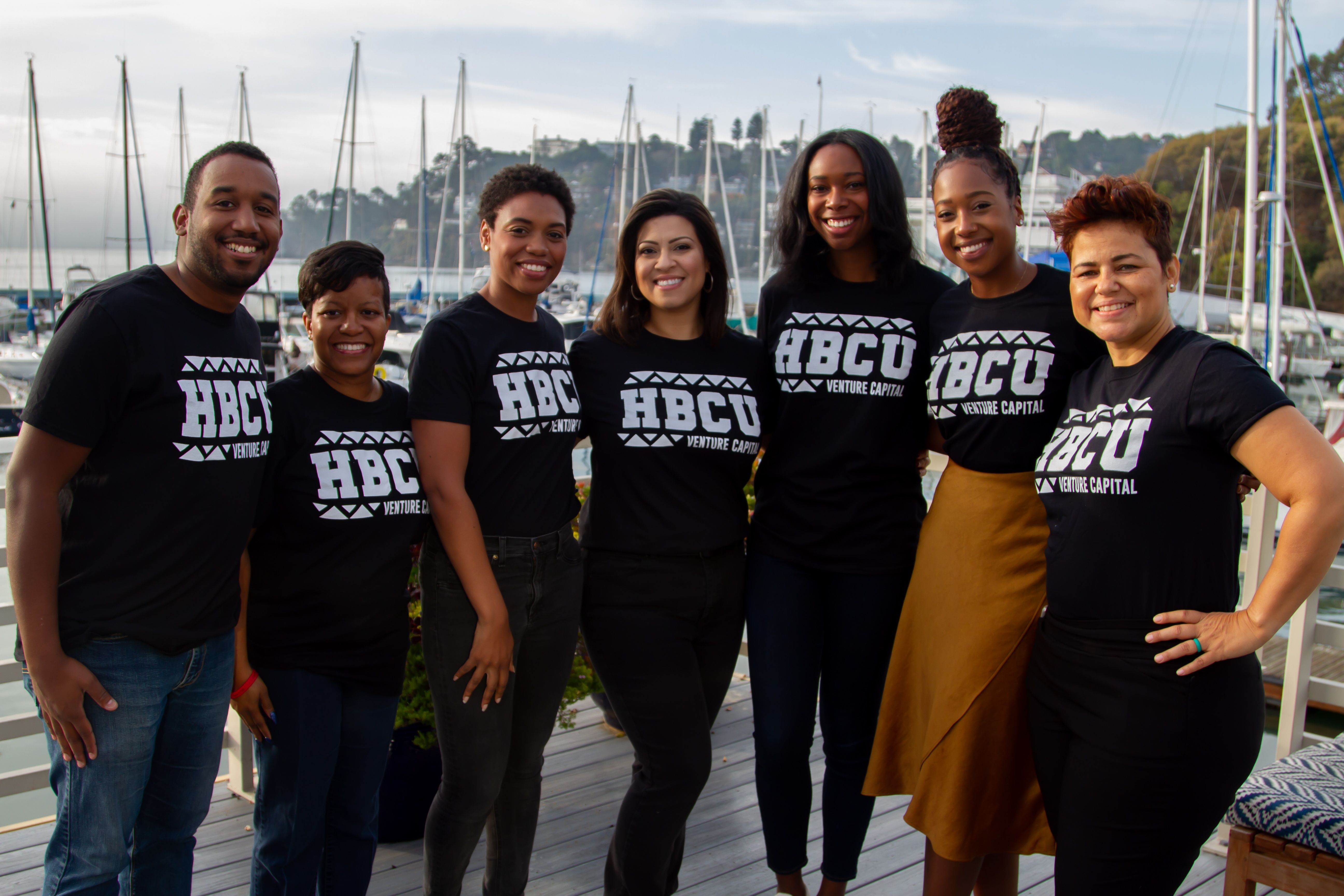 The investment vehicle, dubbed the Venture Capital Lab Fund, is different from a traditional venture capital fund. Because it offers non-dilutive financing, HBCUvc does not take equity from a startup that it invests in. The checks aren’t donations either, Mujhid said, because the funding goes to for-profit entrepreneurs and the non-profit does not get a tax-write off for it.

Instead, Mujhid thinks the best way to describe the Venture Capital Lab Fund is “teaching capital.” Similar to how teaching hospitals give aspiring doctors a way to practice and learn their craft before formally entering the field, the fund wants to do that for aspiring investors.

The fund will give HBCUvcs some 230 venture fellows, all from underrepresented bbackgrounds, check-writing experience. Fellows are invited to identify an entrepreneur, write an investment memo, and submit to the HBCUvc investment committee, a board of partners as well as alumni community members.

While the fund has no specific number of checks that it plans to write, around half the capital will be allocated to founders who are tied to historically Black colleges and universities.

A wave of new investment vehicles for Black, and underrepresented founders, has been growing in recent weeks. Google for Startups announced today that it is launching a $5 million Black Founders fund that will offer $100,000 in non-dilutive funding to 50 Black founders from within its program and community. Last week, Screendoor launched as a $50 million fund-of-funds to back underrepresented, emerging investors. And last month, Collab Capital closed its $50 million debut fund that will be invested solely in Black founders.

“There are a lot of organizations right now that are starting funds [with] the primary goal of supporting founders,” Mujhid said. “And that’s a goal of ours, but we’re hoping to have a ripple effect of training and really providing onramps for the next best in-class investors…and in order to do that, they have to have a training vehicle.”

One unexpected challenge to that progress, she says, is the return to in-person work as the pandemic fades away.

“When we were working with partners pre-COVID, investors would say that [they] need someone who’s based in San Francisco,” she said. “And we’d say, good luck because most of our demographic isn’t really here.” In contrast, going online opened up programming for the non-profit because it removed geographic barriers. It recently onboarded its largest intern class to date: 45 interns working at 40 venture capital firms across America.

Now, as firms open back up, she’s worried about the recreation of geographic barriers, and if they will negatively affect opportunities for underrepresented folks who want to get experience in the industry. The non-profit has begun advocacy work on educating tech professionals on how racial barriers intertwine with geographic barriers. Part of HBCUvc’s push will be around asking companies to rethink their policies as they open up, specifically by holding true to their commitment of diversity.

Despite this, remote work came with its own equity issues. Funding for female founders dropped to 2017 levels as many check-writers turned to existent, largely male and white, networks while investing remotely. According to Crunchbase data, U.S companies raised nearly $150 billion in venture capital, and of that, only 1%, or $1 billion, of that total went to African-American or Black startup founders.

And the pledges that investors made? While HBCUvc was able to “shift the trajectory of its programming” thanks to an outpour of support, Mujhid thinks that a lot of the initial buzz around backing Black founders was “unfortunately, a knee jerk reaction.”

“I was seeing our name everywhere,” she said, describing the series of memos and tweets that firms began putting out to show their commitment to diversity. Half the mentions came from people that HBCUvc had never talked to before. “You are riding this tragedy out and you are trading on our name unethically,” she said. Some of the interest turned into partnerships, some of it didn’t.

As they built out new programs based on an increased budget, a concern of Mujhid’s, then and now, was what it looks like if people shift priorities, or fall off their commitments. But for now, she feels like they are riding a fortunate wave, one that has the potential to make Black founders and investors a sturdy part of tech’s dollars and deals.