Pro-Russian threat actors are continuing their unrelenting pursuit of Ukrainian targets, with an array of campaigns that include fake Android apps, hack attacks exploiting critical vulnerabilities, and email phishing attacks that attempt to harvest login credentials, researchers from Google said.

One of the more recent campaigns came from Turla, a Russian-speaking advanced persistent threat actor that’s been active since at least 1997 and is among the most technically sophisticated in the world. According to Google, the group targeted pro-Ukrainian volunteers with Android apps that posed as launchpads for performing denial-of-service attacks against Russian websites. 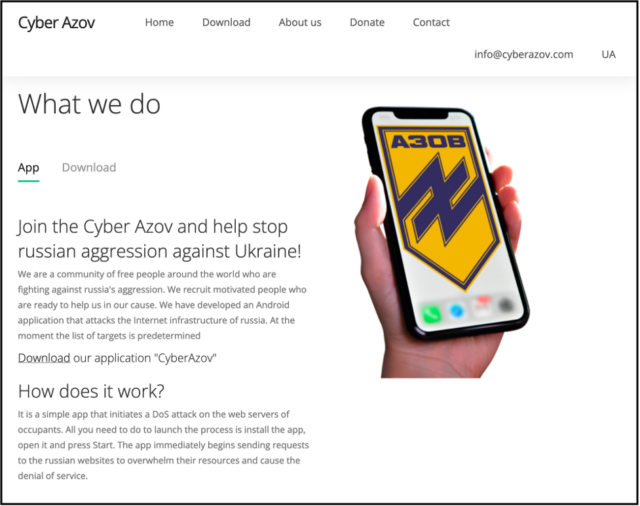 “All you need to do to launch the process is install the app, open it and press start,” the fake website promoting the app claimed. “The app immediately begins sending requests to the Russian websites to overwhelm their resources and cause the denial of service.”